The HSE has released it's latest UK fatal injury statistics for 2017-18, reporting that a total of 144 UK workers were killed at work. 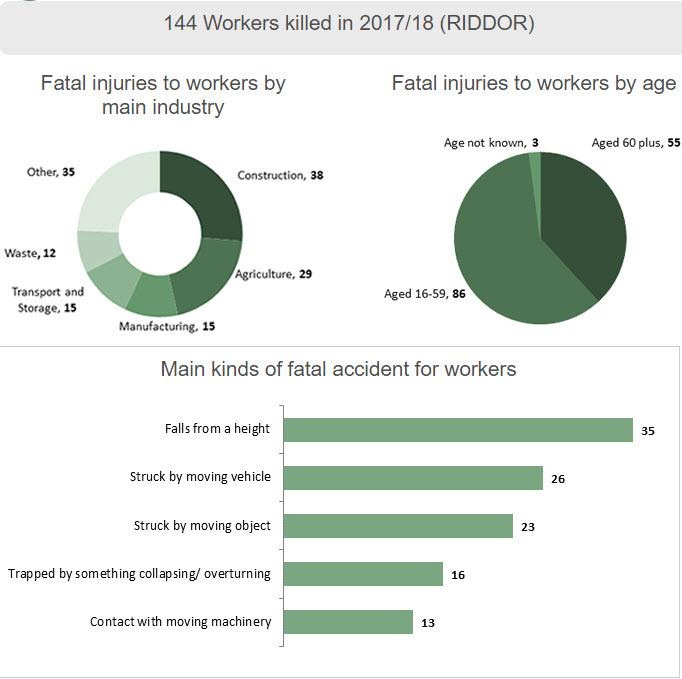 Whilst the UK consistently has one of the lowest rates of fatal injury across the EU, we should all be wary of complacency and remember the countless times a HSE prosecution concludes with the phrase " This was an entirely preventable accident". Whether it's checking a forklift is safe to use, reporting a near miss or risk assessing a work project, SG World is in the business of helping you prevent the preventable.