A recent BBC investigation has revealed that parents across England and Wales have been fined about £24m for failing to send their children to school during the past three years. The 155 local authorities in England and Wales who responded had issued a total of circa 400,000 penalties over three years, on average, 12 penalties were issued per 1,000 children. Some parents say they now actively budget for the cost of fines when planning holidays.
The money from penalties goes to local education authorities to cover the cost of enforcement, including prosecution. Penalty notices can be issued for a number of reasons including truancy, holidays taken during term-time and pupils caught during "exclusion sweeps". School attendance and exclusion sweeps aim to tackle non-attendance, they are carried out, during normal school hours, by partnerships of police officers and education welfare officers (EWOs). Generally this power will be used through occasional 'sweeps' where police and EWOs join forces for a day and target particular areas, for example in shopping centres. 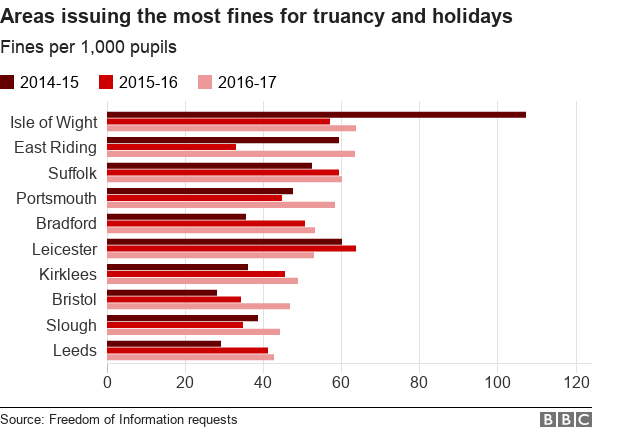 "Truancy is always a challenge for the Education community," said Russell Barnard, SG World Product Manager. "Many schools are taking pro-active measures to discourage unauthorised absences but there will still be many instances where a pupil is legitimately outside of the premises during the school hours eg: dentist and doctor's appointments. Our Authorised Absence solution is a simple yet effective system for recording pupils who are authorised to be absent from school during the day whilst at the same time issuing them with an authorised absence pass in case they are challenged by a person of authority. Truancy is an emotive issue so clear processes and records are essential in tackling it effectively."