Could Lock Out Tag Out Have Prevented Fatal Gas Explosion 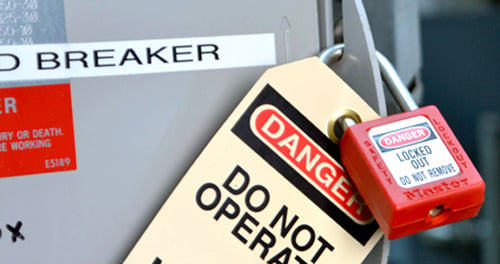 An asbestos removal contractor has been fined £150K after a gas explosion left one worker fatally injured and another with extensive burns.

In October 2017, workers were removing a boiler and pipework, and overspraying walls to remove asbestos residue, at the former Pastoral Centre in Wishaw, prior to demolition. The plan was to cut the boiler and pipework into sections to make it easier to remove. However, the gas supply had not been isolated and the workers cut through a live gas outlet pipe, the gas ignited causing an explosion.

An investigation by the Health and Safety Executive (HSE) identified that the risk assessment and plan of work for the job had identified services were present in the boiler room, but the company failed to ensure the gas pipe was isolated and purged of gas before work commenced.

Speaking after the hearing, HSE inspector Helen Diamond said: “This incident could so easily have been avoided if the company had ensured that the gas pipe in the boiler room had been isolated and purged prior to removal.

Lock-out, tag-out is established best practice in avoiding a serious accident such as this. A LOTO system will effectively lock-out and tag-out your equipment, ensuring that its power supply is fully isolated, locked-out, and that all staff and contractors are aware of its status prior to maintenance, repair work and inspection.

Previous article Defective safety guard results in severed fingers and £787K fine
Next article Visitor Management Law: What legal duty of care do you owe to visitors
We are open Monday to Friday from 8am to 4pm. Give us a call on 01270 588211