Dan Tooth Wins Employee of the Month for July 2018!

Congratulations Dan Tooth, IT Team Leader, who has won Employee of the Month for July 2018!

Dan's role sees him ensure that the infrastructure for SG World and The Printing House are running smoothly - which can be anything from the internet, phone lines and mobiles to ensuring all the IT equipment is working well.

Dan is well-known across SG World and The Printing House for his friendliness, patience and can-do attitude, as well as being very good at his day-to-day role. However not everyone will be aware that he has also totally transformed his department since joining the company. 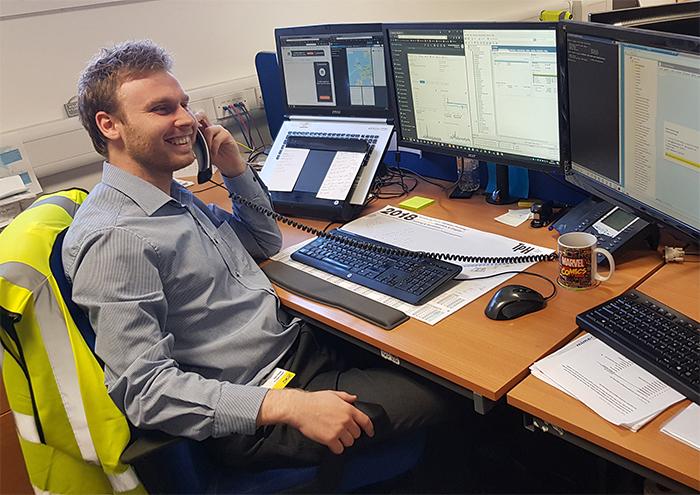 Since becoming a member of the SG World family, Dan has turned his team around by making every effort to ensure that his colleagues share his level of knowledge and skill, resulting in his department becoming a 'gold standard' IT Team. He has also saved money for SG World by going above and beyond in ensuring that our infrastructure is operating in the most cost-effective way possible.

Perhaps most synonymous to Dan's attitude and work ethos is the fact that he'll tell anyone that he doesn't deserve his award as he's simply 'doing his job'. His colleagues also tell us that he'll be hating the attention that goes with his award, meaning that they'll talk about it at any given opportunity! We can assure Dan that his award is really well deserved - and we can guarantee plenty of high-fives in the corridor next time we see him. . . sorry, Dan!

Congratulations, Dan - you really deserve it!