Dave Morgan Wins Employee of the Month for June 2018!

Dave began his SG World journey as an Outbound Sales Executive in the Contact Centre and moved into his current role in the Support and Services department after just one year with the company. He has enjoyed his role as Onboarding Coordinator for four years now and in that time has become very well regarded by his colleagues and customers alike. 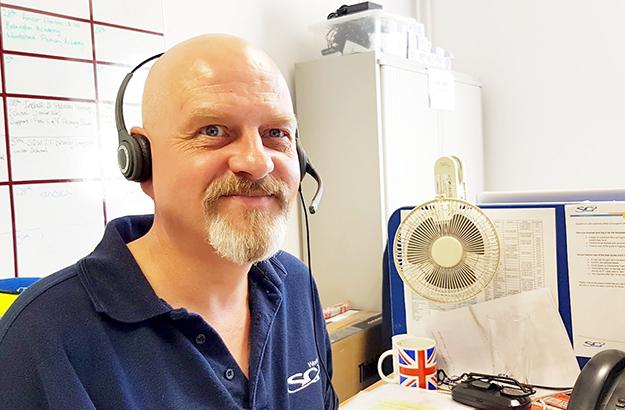 These days, Dave is often seen speeding his way around Head Office assisting customers and colleagues, armed with plenty of IT knowledge and a determination to help. As well as his day to day role, Dave recently took on a challenge set by a customer which was particularly complicated and seemed near impossible to achieve. Wanting to ensure that every avenue was explored and to achieve the best possible outcome, Dave took a lot of time outside of work to consider the options. Taking ownership of the task and determined to make it work, Dave wasn't afraid to think 'outside the box'. As a result, he was able to offer a solution that was completely innovative and met the customer's needs, delighting them.

Not only did Dave exceed the customer's expectations that day, his idea has now been officially adopted by SG World, and helps us remain the leader in the health, safety and safeguarding technology space.

Quite a worldly guy, Dave is very well travelled, having worked for National Geographic as a Sound Engineer and in Germany for a number of years. To add to his broad range of talents and interests, Dave is also well known among the SG World family for his love of space, time and quantum physics. As one of his heroes Brian Cox might say, 'we're CERNtain he's the right choice for this month's winner'.

Congratulations Dave - you really deserve it!