H&S Managers - do you know what the Brexit 'Henry VIII' clause is?

Following the triggering of Article 50, the government has now published its white paper outlining the plan for converting EU derived safety legislation into UK law. Widely known as the ”Great Repeal Bill”, it’s purpose is to avoid “a regulatory cliff edge” for UK business. 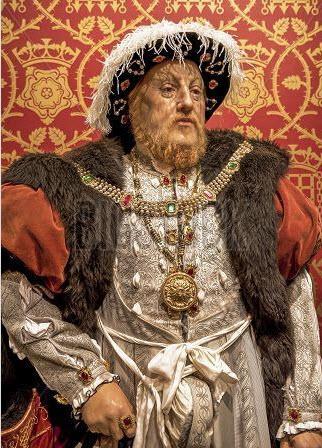 The Bill will smoothly transition all EU derived safety law into UK statute over the next two years, although once complete, parliament “will be able to decide which elements of that law to keep, amend or repeal”.
However, some questions have been raised over the proposed inclusion of a “Henry VIII” clause within the bill, so named for the king who forced the passing of the Statute of Proclamations1539, giving ministers the power to amend or repeal legislation with little parliamentary oversight.
The stated purpose of the clause is to make small, technical amendments, such as removing references to “EU law” or to transfer powers that are currently exercised by EU bodies to their UK equivalent. But could the clause also be used to “backdoor” in more instrumental changes?
Commenting on the white paper, Simon Joyston-Bechal, director of Turnstone Law, said: “The Great Repeal Bill won't itself change any health and safety law. However, it might give the government an opportunity, over subsequent years, to water down specific health and safety regulations emanating from EU law, possibly with little scrutiny from parliament.
“The key point is that the Health and Safety at Work Act is UK primary legislation, so that is unlikely to change without full parliamentary scrutiny.”
On the other hand, Rhian Greaves, legal director at law firm Clyde & Co, argued that there was little appetite in the government for changing safety laws.
“David Davis [the Brexit secretary] is committed to a certain preservation of the status quo, confirming there will be no knee jerk reactions or overnight changes to workers’ rights and protections. The ‘Six Pack’ and other European contributions to our regime have been long enshrined into our system and are well established and understood.
“Importantly, our system, though not perfect, works. The UK's stellar international performance in health and safety management shows this and it would take an act of extreme political courage to implement changes that threatened this proud track record.”
Osborne Clarke partner Mary Lawrence said that the Great Repeal Bill is “very unlikely to immediately change UK health and safety law. However, where specific regulations have references to the EU, that will need to be changed at the time the UK leaves the EU.
“Where there is a will to change certain unpopular health and safety law on exiting the EU, consultation papers will likely be prepared. Whether this happens within the two year initial period though seems unlikely.
“The government is going to be very busy in the next two years and lobbying to amend any legislation on exit needs to happen soon. It appears more likely that this will happen at the end of the two year period.”
The white paper also confirmed that the final arbiter of safety law will be the UK Supreme Court but European Court of Justice precedents will be afforded the same status as Supreme Court decisions.

Previous article Permission or fine: Supreme Court school holiday ruling
Next article The Ladder of Success
We are open Monday to Friday from 8am to 4pm. Give us a call on 01270 588211