Wellness in the Workplace: Minimising the Spread of Colds and Flu

As the winter months approach, coughs and sniffles are starting to spread as seasonal illnesses thrive in centrally heated, crowded and enclosed workplaces. Avoiding catching the inevitable cold and flu viruses in part depends on the behaviour of other people: those who already have symptoms and are contagious.

A recent study has shown that half of men, and 42% of women, would still go to work if they had the symptoms of cold or flu. This is, in part, due to people feeling a pressure to attend work, despite feeling unwell: 54% of respondents to the survey said they believed their boss would think that they were exaggerating their symptoms to gain some time off; 40% did not want to have a day off sick on their employment record; and 20% even feared their job would be at risk of they were absent.

Almost half of men would also continue to socialise with friends or go to the gym if they felt ill,  and all of this contributes to the spread of the flu virus which can be a very serious illness indeed, including the possibility of fatalities. 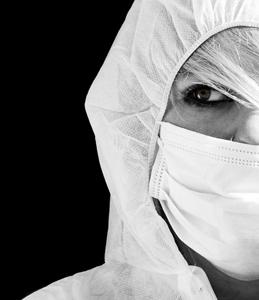 Symptoms of flu include a high temperature, aching muscles and joints, runny nose and sneezing, headache, cough, sore throat, sweating and chills, upset stomach and loss of appetite. The symptoms can last around a week, although a residual tiredness can go on for considerably longer.

People who are pregnant, elderly or who have a poor immune system due to illness or chemotherapy, for instance, can be at particular risk of serious complications from seasonal flu, so even if somebody feels they can still go to work while they are ill, they could be putting those around them at risk.

Workplaces can take positive steps to help to reduce the spread of seasonal flu amongst their staff, contractors and customers by:

Fiona Caplan-Dean, Clinical Services Manager at The Co-operative Pharmacy who carried out the study, said, “Although some of the symptoms of flu are similar to colds, if you have flu you will feel much worse and if you get a proper case of it you are unlikely to be able to out of bed. It can make you feel ill for a number of weeks, so if you suspect you have flu it is wise to rest and give yourself enough time to recuperate. This will also help to reduce the risk of passing on the virus”.

A few days off sick will not only help a flu sufferer to have some time to recover, it will also make it less likely that they will infect other people with the virus. Going to work, or out socialising, on the other hand, could prolong the length of time it takes to feel better, it could also spread the illness to dozens of people, some of whom have an immune system which is not quite so resilient. Workplaces can play their part by encouraging staff to take appropriate sickness absences when they need them, providing facilities for things like hand washing and offering time off for employees to have a flu vaccination.

Previous article SG World Vote Count Covered for Police & Crime Commissioner Elections
Next article Solent Stevedores Safe-INSPECT for Dockside Cargo Handling
We are open Monday to Friday from 8am to 4pm. Give us a call on 01270 588211