Absences are down, but is this really a good thing?

A reduction in the number of employee absences might at first glance appear to be a good thing. In both the public and private sectors, absences of individual employees have fallen, on average, by one day when compared to last year, down to 6.8 days per year, from 7.7 days. This is according to Chartered Institute of Personnel and Development (CIPD) / Simplyhealth Absence Management survey who have carried out the research.

However, despite how positive it looks on the surface, a reduction in absences could be indicative of deeper, underlying problems which could have a negative effect on the work environment, health and safety matters, and employee health and wellbeing. In a phenomenon dubbed “presenteeism”, workers are showing up to work when they should be at home, in their sick beds. Threats of redundancy and unemployment have led to staff attending work when ill, particularly in organisations which are likely to make redundancies in the coming 6 months. 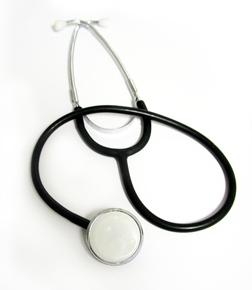 Employees going to work while they are ill can cause numerous problems. Firstly, if they have a contagious infection or virus, it is highly likely that they will unwittingly pass this on to their colleagues and clients; secondly, if they do not give themselves the opportunity to recover fully, they may be plagued with tiredness and other symptoms for much longer; and thirdly, the symptoms of their illness could affect their ability to concentrate, especially for extended periods of time. This would affect their productivity in the workplace, and their enjoyment of their jobs, but it could also lead to serious breaches of health and safety good practice, particularly if they are operating machinery, working at height or with power tools or other dangerous equipment

In contrast to absences due to physical health problems, 40% of employers have reported that absences related to stress have increased in the past year. Like last year, stress and related mental health problems are reported as the most common cause of long-term absences, and 44% of organisations report an increased rate of mental health difficulties among their staff, compared with just 21% last year.

In terms of what causes stress, workload consistently comes out on top. Over half of the organisations questioned featured it in their list of the top 3 causes of employee stress, and restructuring within organisations, as well as the style of management, were also considerable contributors to workers' stress. On a positive note, over half (55%) of the organisations do have a strategy to promote employee wellbeing, up 9% from last year and the year before.

Dr Jill Miller, who is a Research Adviser at CIPD, said, “We must air caution before celebrating lower absence levels because they may be masking deeper problems in the workplace. [...] We are seeing employees struggling into work to demonstrate their commitment, suggesting presenteeism can be a sign of anxiety. Failing to address employees’ concerns is likely to confound the issue, impact on morale and commitment and may cause or exacerbate stress or mental health problems.

CIPD are asking employers to look at whether or not they have a reduced sickness absence rate and whether, if so, there is a degree of “presenteeism” involved. When this is the case, looking at the negative effects of this phenomenon is vital, so that they can address the problem before it does the employees, and the organisation, more harm than good.

Previous article Case Study: Lyreco Distribution Hub MHE Inspection System
Next article SG World Lays Foundations For US Expansion
We are open Monday to Friday from 8am to 4pm. Give us a call on 01270 588211