The business compliance company in Crewe has secured its future in the town by purchasing its existing premises, and is planning expansion into North America. Established in 1969, SG World provides health and safety products, including printed stationery, security cheque printing and visitor management systems, to a wide range of private and public sector customers including schools, universities and the NHS.

The company currently has around 20,000 active clients globally, and a turnover of £10 million. With its headquarters and main manufacturing facilities on Duchy Road in Crewe, the company, which employs 150 staff, also has operations in London, Dublin and Dusseldorf and is planning to open an office in the USA within the next 12 months.

SG World’s Crewe premises were originally built for the company in 1996, and were later sold and leased back to finance the company’s expansion plans at the time. The company’s CEO, Arnold Haase, approached Lloyds TSB Commercial in late 2011 to secure the funding to buy back the Crewe site, as well as to provide working capital for SG World’s growth plans in 2012. 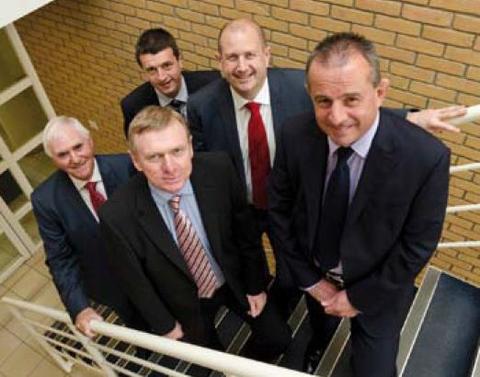 Mark Haase, director of SG World, said: “The re-purchasing of our premises marks an important step in SG World’s growth strategy, affirming our commitment to developing our site here in Crewe as well as throughout the UK and overseas. We already have an established client base in the USA which we’ll be better placed to service and expand with the opening of a North America office in the next 12 months.”

Dave Brigden, relationship director for Lloyds TSB Commercial, said: “SG World is a strong and well-managed company that continues to thrive and expand in a difficult economic climate, and is now well placed to take advantage of growth opportunities in the coming year.”

Simon Berry, senior investment executive for FW Capital, said: “our loan turned out to be an important final part of this lending package for this prominent North West business. Working with Lloyds to complete the loan quickly is another example of how we’re working with banks and other funders to make sure our loans are making a difference to a range of growing businesses in the North West.”

Previous article Absences are down, but is this really a good thing?
Next article Health & Safety Executive Interventions Become Chargeable
We are open Monday to Friday from 8am to 4pm. Give us a call on 01270 588211