HSE Waste and Recycling Site Inspections and Lock Out/ Isolation 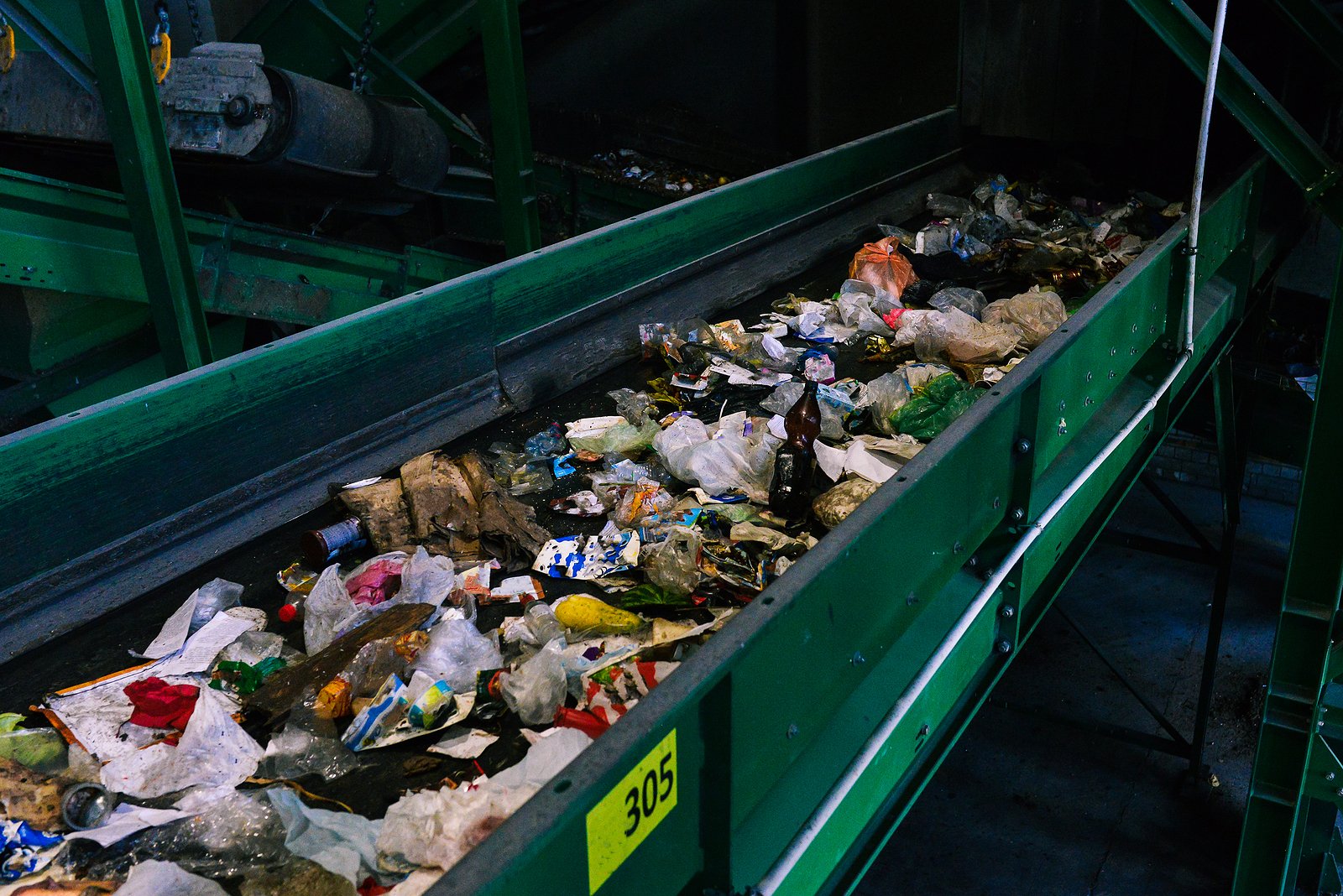 The HSE recognises the waste and recycling as a ‘high risk sector’ because of the unacceptable number of fatal and serious injuries over the years. Working with the Waste Industry Safety and Health (WISH) Forum, an organisation dedicated to identifying, devising and promoting industry health and safety, the HSE has launched a programme of over 500 unannounced inspections across Great Britain, starting in October. Building on the latest research and guidance from WISH, the inspections will communicate and enforce messages about selecting the right machine for the job, optimising the process to reduce the need for interventions and safe lock off and isolation for when this is necessary.

Who is the guidance aimed at?

It’s worth noting that the guidance is not primarily aimed at large, sophisticated, and complex plants, such as WtE (waste to energy) plants and large and automated MBT and similar plants, although many of the principles will still apply. It is aimed at ‘typical’ smaller and medium to large sized plants, such as those comprising assemblies variously of conveyors, picking cabins, balers, screens, shredders, over-band magnets, optical sorting equipment and similar.

What machinery is high risk?

The types of machinery with the most potential to cause serious injury or worse are:

In the majority of serious injuries involving this equipment, a failure to securely isolate/lock-off effectively was a primary cause. 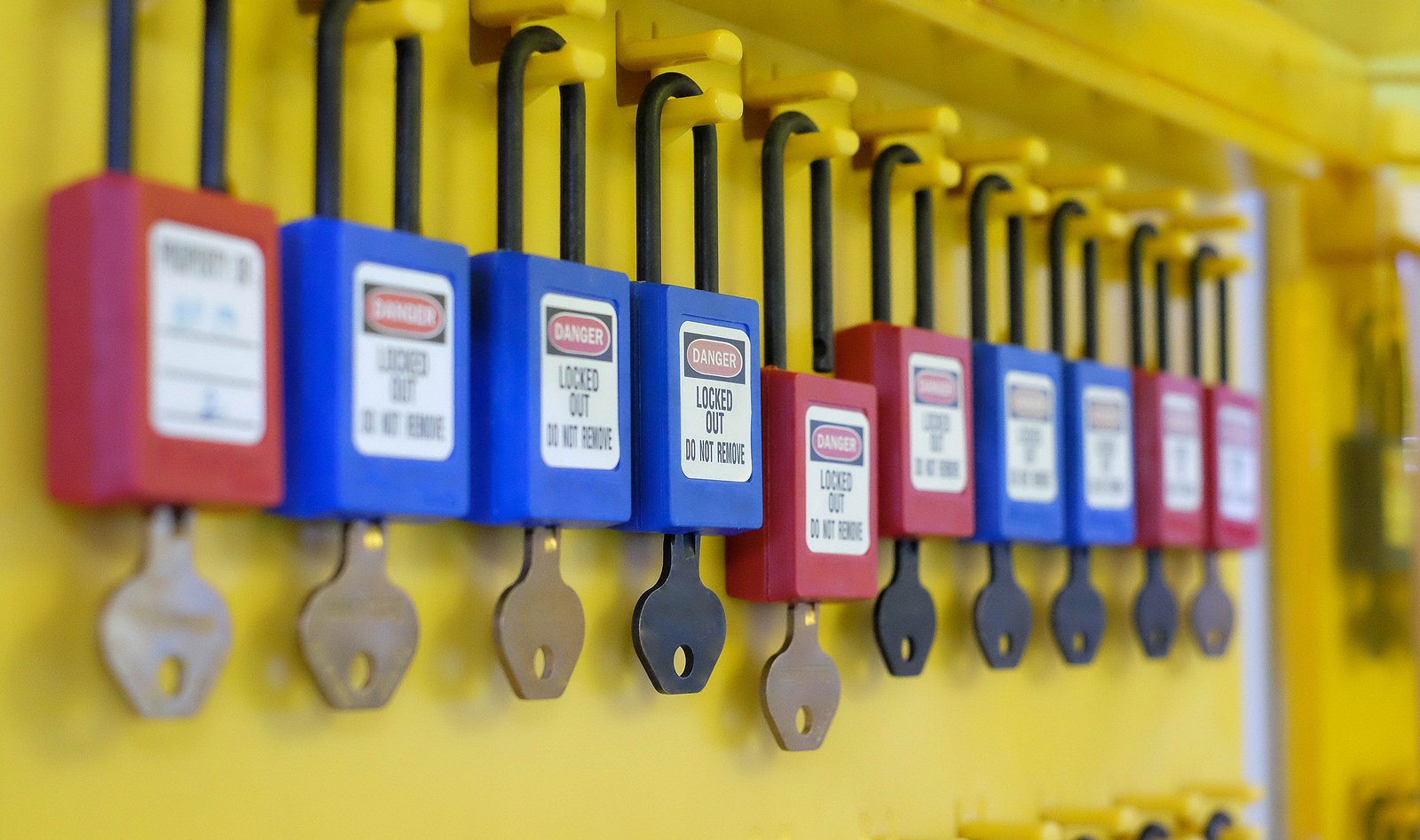 What is isolation and lock-off ?

Isolation is making a break in the energy supply to a machine in a secure manner so that it cannot be reconnected inadvertently. Such isolation and lock-off is most commonly achieved at recycling and recovery plants by turning an ‘isolation switch’ to the ‘off’ position and securing it such as by inserting a padlock, hence the common name of ‘lock-off’ often used to describe the process of achieving secure isolation. The critical point is that the energy supply cannot be reconnected until it is safe to do so.

Just is importantly, the guidance is very clear about what isn't considered lock-off:

When should you use a Lock off/Isolation procedure?

All machinery requires some form of ‘intervention’ at some point. This may be for maintenance or repair, for cleaning or to clear blockages and debris or similar. In waste recycling and recovery blockages and debris clearance is a common problem. Machines must be securely isolated/locked-off for ANY intervention which may expose a person to a dangerous part/danger zone, including:

What’s the right way to handle these interventions?

You should be able to anticipate the circumstances where someone will need to come into contact with a danger zone and risk assess ways to do it safely, do it less often or potentially avoid doing it at all. For example, can the machinery be adapted with a scrapper bar, guard placement or safe reach tools so the operator is not accessing the danger points? Any conclusions should be reviewed regularly.

It sounds simple – turn the isolation switch to the ‘off’ position and secure it with a padlock. However, there’s some important questions you need to ask:

How to use padlocks

Effective lock-off relies on a machine not being turned back on whilst somebody is working on it. To achieve this, personal padlock keys MUST be retained securely by the person doing the work. Additionally:

Spare keys must be kept secure with access only by a manager or similar responsible person. Or a simpler and effective method is that when new padlocks are purchased that all but one key for each padlock are disposed of – that is there is only one key available for each padlock. If a padlock needs to be cut-off because of a lost key, then padlocks are cheap to replace

A worker might leave site or the work area without releasing their padlock, in this situation, 100% care MUST be taken that the missing person is located before attempting to remove the padlock ie: Word-of-mouth statements such as ‘they have gone for a cup of coffee, or to the shop for a sandwich’, or ‘they felt ill and had to leave suddenly’ should not be relied on

Most recycling machinery is powered by electricity, but often has other energy sources such as hydraulic or air systems, which mean that the machinery is still capable of moving after lock-off is in place. This is called retained energy. Examples include:

The issue of retained energy must be considered in the lock-out process by keeping the stored energy in the system or ensuring it has been removed. Some typical examples are:

Relying on word-of-mouth or someone’s memory for a critical control such as lock-off is asking for trouble. Writing your procedure down reduces the risk of this and gives a clear training roadmap. In your write up clearly identify the machine and parts, authorised personnel, the interventions, the danger zones and any issues such as retained energy or multiple switches. Give full explanations, use photographs and check with your operators that it’s clear and practical.

Whatever secure isolation/lock-off process you put in place, it will be reliant on those involved doing the ‘right thing’ first time every time. It’s not enough to create a great, well-thought through lock-out process, it then needs to be effectively communicated, monitored and enforced.

As the most common cause of waste and recycling fatalities in Great Britain, effective lock-out is an issue which you cannot take a ‘soft line’ on. If a worker has been trained in lock-off and knows how to lock-off but fails to do so you must act - if required up to and including dismissal.

SG World have a whole range of practical solutions to help keep your waste and recycling facilities safe and productive. Our Lock Out Tag Out kit is a brilliantly simple way to lock out and tag out your equipment, ensuring that its power supply is fully isolated, locked-out, and that all staff are aware of its status prior to maintenance repair work and inspection.

Previous article Signage's Role in Waste Industry Machinery Safety
Next article In the News: Failure to isolate machine results in lost hand and £115K fine
We are open Monday to Friday from 8am to 4pm. Give us a call on 01270 588211