If you are the Designated Safeguarding Lead (DSL) for your school you will be aware that the DfE have published an updated issue of Keeping Children Safe in Education (statutory guidance for schools and colleges), with changes effective as of Sept 5th. The changes aren’t dramatic but there have been some shifts of focus in the following areas...

All Staff Reading Part One

An area widely discussed during consultation was the requirement that all staff should 'read and understand' Part One of Keeping Children Safe. This makes sense in principle but is difficult to practically evidence, so the actual wording has been revised to require that 'mechanisms are in place to assist staff to understand and discharge their role and responsibilities'.

At the consultation stage it was proposed that a DSL should attend a training session every year rather than every two years. This published guidance specifies a two-yearly interval, BUT, in addition a DSL should receive an update at least yearly. Within the training some subjects are explicitly included as areas needing to be covered - Peer-on-Peer Abuse, So-called Honour-based Violence and Understanding the Additional Safeguarding Vulnerabilities of Learners with SEN and disabilities.

There is an increased emphasis on Early Help ie: identifying learners who may be vulnerable and giving them additional support. The guidance also underlines the importance of staff understanding the difference between a safeguarding concern and a child in immediate danger and taking appropriate action.

There are a number of clarifications made in the updated guidance regarding recruitment procedures. For independent schools, any concerns about the proprietor should go straight to the Local Authority Designated Officer (LADO). A prohibition check must be carried out for everyone in 'teaching work', not just QTS staff; in addition to checking that they are not restricted from working as a teacher in another European Economic Area country. A further requirement is checking any agency workers are positively identified as being the same person you were expecting.

For a DSL, the guidance seeks to improve the definition and ownership of safeguarding responsibilities by ensuring there is a clear job description and cover of arrangements in place.  It is already a requirement that the DSL should be appointed from the school Senior Leadership team and the updated guidance makes it clear that the DSL cannot then delegate their safeguarding responsibility to others. 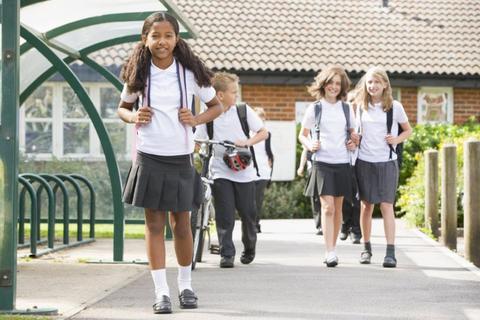 Online Safety has now been included as a key part of the guidance reflecting the integral role the internet plays in young people’s lives. The revision covers proactive filtering and monitoring provisions.

Although the government chose not to make personal, social, health and economic  (PSHE) education  statutory, there is a greater emphasis that governors 'should ensure' that children are being taught about safeguarding 'as part of providing a broad and balanced curriculum'.

“The updated guidance isn’t throwing up any major changes,” said Richard Nichols, SG World UK Sales and Marketing Director, “but it does tie up some loose ends, offer better clarification in some areas and give certain subjects greater emphasis. For example, it’s made clear that the appointed DSL from the Senior Leadership team can’t delegate their responsibilities. We understand how this can put pressure on individuals who are already juggling very busy workloads. Safeguarding is an area where SG World can save precious time, time which is increasingly eating into the work/life balance."

For more information on how SG World can help with your school or academy's safeguarding, call 01270 500921 or email enquiries@sgworld.com.

Previous article SG World - Playing the Long Game
Next article Case Study: Queen's College, Oxford - Contractor Control
We are open Monday to Friday from 8am to 4pm. Give us a call on 01270 588211