Paul Roberts Wins Employee of the Month for July 2017!

Congratulations to Paul Roberts, Production Operative, who has won Employee of the Month for July 2017!

Paul joined SG World in December 2004 and works in our Finishing and Shingling areas. In the time that he has been a part of the SG World family, Paul has become an integral member of the team, operating multiple pieces of machinery across the Factory floor. This has made him a real asset to the Factory and to SG World overall.

Paul’s nominations spell out very clearly what a valued member of the team he is, and how much he lives by our ethos of ‘Helping you make a difference’. He shows a genuine concern for the quality of work that he produces, as well as his colleagues here at SG World. He often stays behind and starts early in order to ensure that work is completed in a timely manner, helping ensure that our customers are always happy. 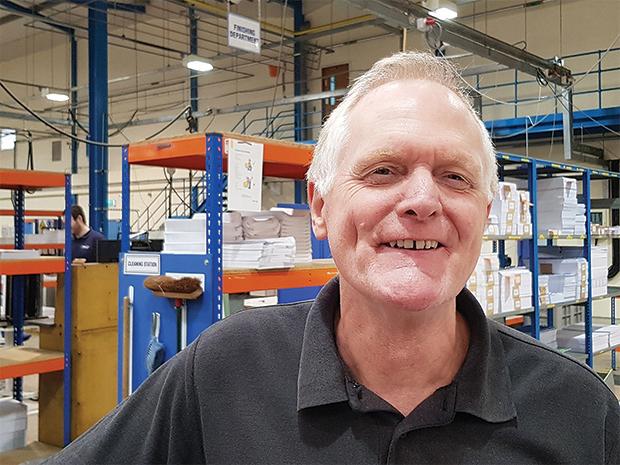 Paul lives by the company’s 4 values; he is often seen to be ‘doing the right thing’ and ‘doing it the right way’ by showing a genuine care for his work; he genuinely enjoys ‘being fresh’ by operating various pieces of machinery and helping various departments; and he is always keen to ‘do things the right way’ by being a consistently friendly and approachable face on the factory floor. Paul’s nominations make it clear as to how well he works and what a support he is to his colleagues and friends across the business.

As well as having his photo displayed across Head Office and on the Employee of the Month Board in reception, Paul has also scooped a shopping voucher and a VIP car parking space at Head Office. Paul’s pride and joy, his fabulous red Mini-Cooper, looks show-stopping in his new parking space!

As with all of our Employee of the Month winners, Paul was as modest as ever. He told us: ‘I was really surprised to be told I’d won Employee of the Month! Everyone in the Factory works really hard; it was really nice to be recognised. To be honest, I’ve always worked in the same way – you just get on with it, help everyone out when you can, and that’s it really!’

Paul, we are delighted for you – you deserve it!

Previous article Team Tough Mudder Hold Tasty Event to Raise Awareness & Cash
Next article Rhys' Work Experience Blog
We are open Monday to Friday from 8am to 4pm. Give us a call on 01270 588211